The value of soundtracks

I’ve been meaning to write about soundtracks for a long time but there’s just so much to consider, I never thought I could do the subject justice, but Synchtank recently shared this Mental Floss article on Facebook on how important soundtracks are for movies that it inspired me to share a few other thoughts about it. 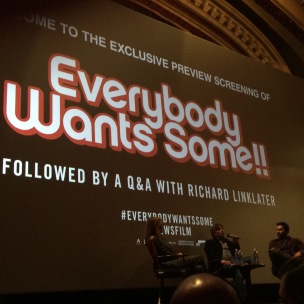 him about soundtracks and how he goes about putting them together.

He talked about how the one for this movie in particular was made of mainly the songs he used to listen to when in college in the 80s – where and when the movie takes place – and that they usually start with about 200 tracks, but since licensing is both expensive and sometimes not approved, that helps the team narrow it down.

“You can’t get Michael Jackson, so you get Jermaine Jackson!”

Picking a song for a scene, whether it’s a movie, TV show or even an ad, is as important as casting the right actor. A song is paramount to conveying a certain message or emotion to the audience and it is often more memorable than anything else in the video.

Another gem from Synchtank was this episode of their SynchStories podcast I listened to a few months ago where they interviewed music supervisor Thomas Golubič (Breaking Bad).

He reveals the process of understanding a character/story and finding and picking the right tracks to match them:

“if you can really think in terms of the story and the characters and get a sense of what is really truthful to those characters…as you get to know them [characters], you hope that you can kind of navigate the truth of who they are with music”

There’s a lot more to it and I highly recommend you actually listen to the whole interview if you’re interested in the subject.

From an audience point of view, not only it helps us connect with a scene, a character, a storyline, but it often introduces us to new music we might otherwise never hear about. How many artists have you discovered through soundtracks? I don’t know about you, but my list is pretty endless.

ns (can you listen to Bittersweet Symphony and NOT picture Reese Witherspoon driving away?), The OC and its gazillion Mixes, Gossip Girl. These are just a few of the most popular soundtracks that had some of its songs be as important as the actors playing the scene they soundtracked.

Recently a dear teenage human in my life made me watch Pretty Little Liars (I tell ya, getting hooked on a show that is already going to season 7 is a big mistake if you had any kind of life plan, even if it’s just showering and going for a Sunday brunch!). As the episodes went on, I realised my constant Shazam‘ing was getting in the way of helping the girls find out who

A was (sorry, you’ve got to watch it to get this one), so I went on good ol’ Spotify and quickly found a playlist with pretty much all of the songs featured in the show. That’s  two of my favourite things in the world – soundtracks AND playlists – coming together and beautifully making life sweeter. But I’ll leave the playlist subject for another day as it deserves a whole other long post of its own.

For the moment I’ll leave you with ABC‘s PLL soundtrack, which also inspired this post but I’ll try to put an “OST” playlist together at some point as there are many other shows and movies also deserving of the spotlight.