As the title says, it’s Sweden National Day and this blog couldn’t let it go blank…I mean, “I ♥ Sweden” is actually a category here! 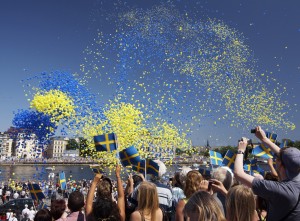 I’ve loved Swedish music pretty much for as long as I’ve loved music, even if unknowingly. And it probably started with Ace of Base and Roxette (happiest gig I’ve ever been to back in 2011 at Wembley Arena!). Although it was “Lovefool” and my brother’s First Band on the Moon CD that 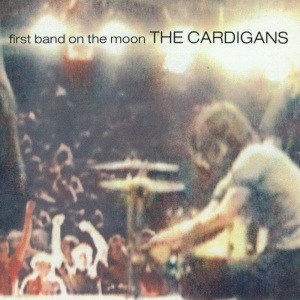 made me listen to The Cardigans at first, I’ve long transcended that underrated gem of a song and have loved pretty much everything they’ve released since, even going into Nina Persson‘s no-longer-in-existence parallel project, A Camp and, most recently, her solo album, Animal Heart.

Sweden is not only a stunning country with a cool hippie vibe, IKEA and Pippi Longstocking, but it’s always been one of the main exporters of music, whether it be bands, singers or songwriters. I mean, having written numerous hits for some of the biggest popstars in the world, Max Martin is probably one of the most important pop songwriters of all times.

To celebrate Sweden Nationaldag, I put together a selection of tracks of some of the country’s most popular artists ranging from obvious classics such as Abba and my dearest Cardigans to iconic Robyn and the latest up-and-coming gems such as Matilda Gratte (with whom I’ve been in love since I first heard her at Camden’s best hidden treasure, Spiritual Bar). Sadly, she’s only got two songs on Spotify, so I’ve added a video down here too.

Although all the artists are deserving of more than a mention, I’ll keep this brief but give you a heads up on this one great musician I was introduced to on a trip to Stockholm: Tingsek. It was love at first listen and I was lucky enough to get to see him play East London’s Cargo a few years ago when opening for Allen Stone. I can’t exactly describe his music…it’s just stunning! And he recorded probably the best version I’ve ever heard of Depeche Mode‘s “Shake the Disease”.

I’ll stop here so you can carry on to more important matters: the actual songs!

If you feel like I’ve missed someone important or want to suggest some new artists, please do feel free, comments are very welcome!